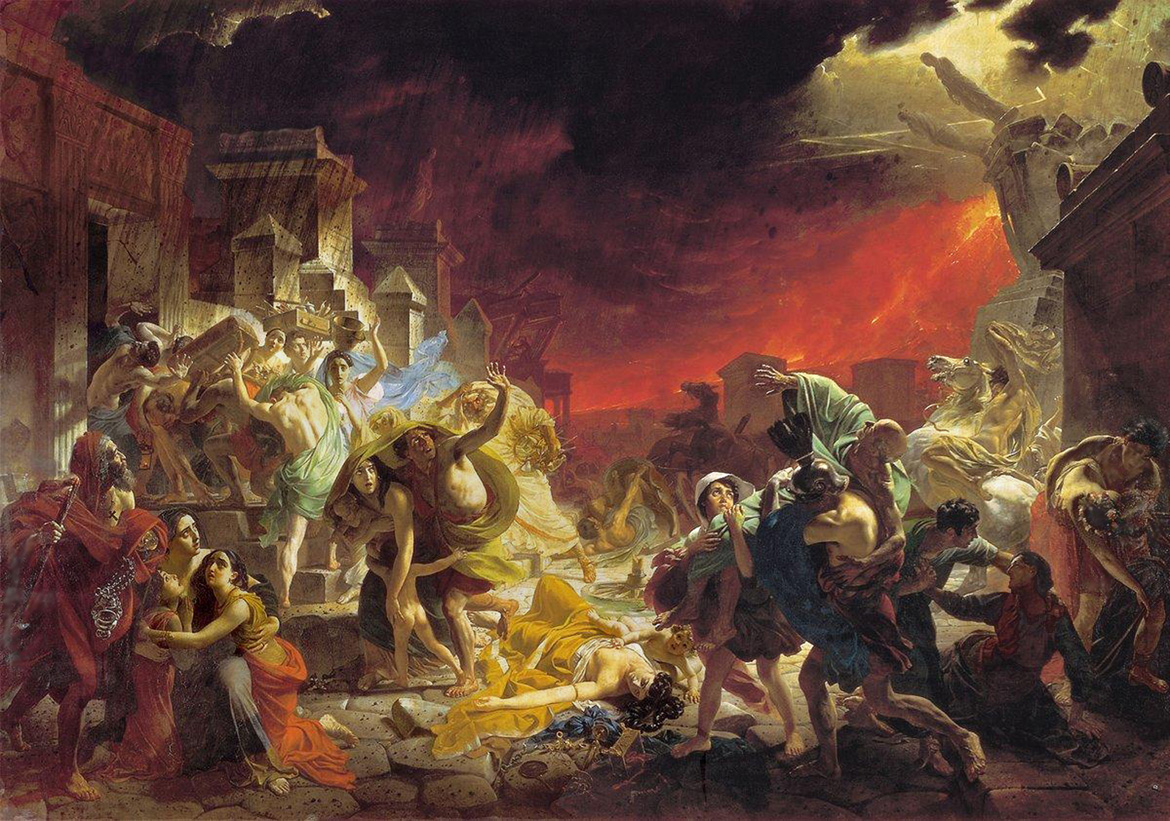 A Russian Masterpiece in Paris: Karl Briullov’s Last Day of Pompeii at the 1834 Salon

A Russian Masterpiece in Paris: Karl Briullov’s Last Day of Pompeii at the 1834 Salon

A Free Online Lecture from the Russian History Museum

In 1834 Karl Briullov’s painting The Last Day of Pompeii became the first work of Russian art to attract international attention. This dramatic subject, painted on an immense scale, earned enthusiastic reviews in Rome and Milan, and a first-class medal at the Paris Salon. Its European success made it the most famous Russian painting of the period. Despite its official recognition, its reception in the French press was largely, though not entirely, negative.

In this presentation, Margaret Samu will examine what exactly happened when the painting arrived in Paris, and why this episode has not been well understood until now. She will share material from previously unexplored newspaper reviews and a newly uncovered archive of letters between Count Anatolii Demidov and the Salon’s organizers. Her research shows that the painting’s reception in Paris was shaped by new ideas about history painting in France, changing international political dynamics in the 1830s, and misinformation about Briullov himself.

Margaret Samu works on eighteenth- and nineteenth-century Russian art and design in a global context, with an emphasis on reception, collecting, and the art market. She teaches at The New School’s Parsons School of Design in New York City. Her work has been published in journals such as The Art Bulletin, Iskusstvoznanie, Nineteenth-Century Studies, and Experiment, as well as a volume she co-edited, From Realism to the Silver Age (NIU Press, 2014). She is currently working on a book project titled Russian Venus: The Female Nude in the Art World of Imperial Russia.

Want to watch the lecture but can’t attend the live stream?

No problem! Fill out this form and we will send you a link to the recording.

SEND ME THE RECORDING