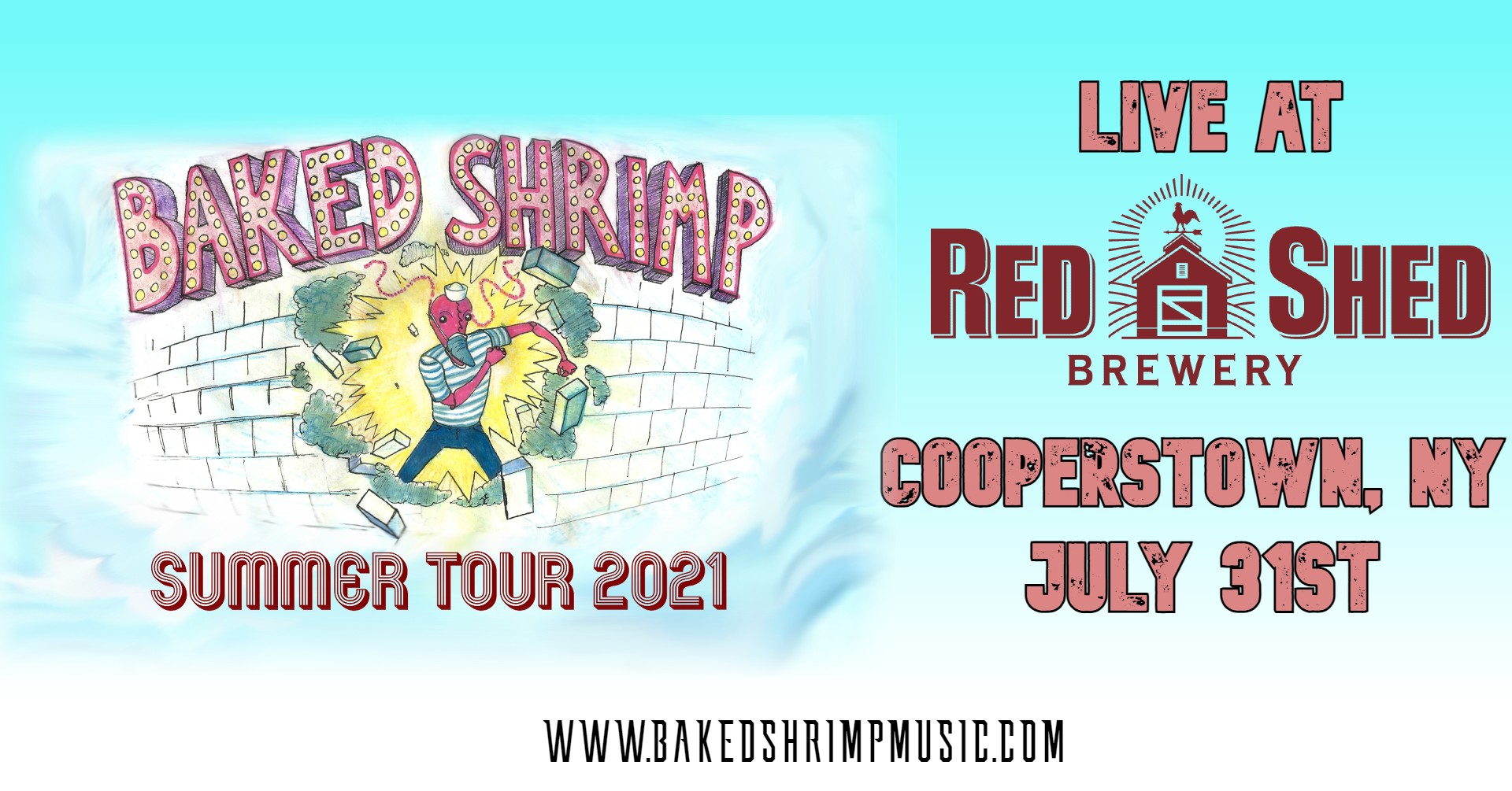 One of Long Island’s best kept secrets.” Since forming in January 2017, Baked Shrimp has established a name for themselves across the Northeast region of the United States. In just three years the high-energy rock trio has performed multiple extensive tours, released two albums, and is a name being consistently added to the festival circuit. Baked Shrimp has billed with artists such as Dweezil Zappa, Lotus, Spafford, Mungion, and Pink Talking Fish on festivals such as Great South Bay Music Festival (NY) and Larrypalooza (PA). The band has featured sit-ins by Ryan Dempsey (Twiddle) and Brandon “Taz” Niederauer and has also warmed up for acts such as Sophistafunk, DELA (Slightly Stoopid), and Brandon Niederauer Band. Baked Shrimp is rapidly making new fans outside of their home-base of New York on their tours which land them as north as Maine, as west as Ohio, and as south as Washington D.C. The trio keeps it fresh from night to night with a catalogue of over one-hundred songs of mostly original material. They are consistently asked back by venues and fans across the country. In November of 2020, the band was struck with tragedy upon hearing the news their most loyal supporter and ambassador, Lon Gellman had suddenly passed away. Baked Shrimp made it their band goal to honor his legacy in all the ways they could think of. The first thing the band did in 2021 was put together a virtual music festival live stream called “Live for Lon” which featured a live Baked Shrimp set in addition to performances submitted by Mihali Savoulidis and Ryan Dempsey from Twiddle, Brandon “Taz” Niederauer, Andy Frasco, and more. The event raised $2,700 for White Light Foundation. During the stream, Baked Shrimp announced the plans for their first ever music festival which will be called “LonCon,” and take place over the course of two days in August of 2021. Performers announced for this festival include Mihali (Twiddle) and Aqueous. On March 26th, 2021, Baked Shrimp released their second studio album, Conscious. The ten-track album brought the band’s sound to a whole new level by adding extra layers of horns, synthesizers, and strings. Conscious received quick praise by major media outlets such as LiveForLiveMusic, Grateful Web, The Sound Podcast with Ira Haberman, and more. Baked Shrimp returns to the road in the summer of 2021 for a 30+ date two-month tour across the Eastern half of the United States.