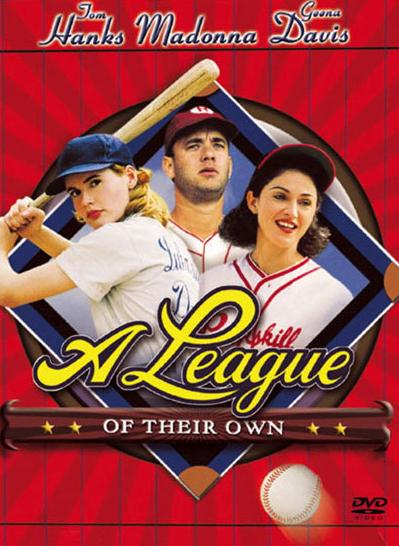 Tickets for the Friday night events, as well as all Film Festival films, are free but must be reserved in advance by calling 607-547-0397 weekdays from 9 a.m. to 5 p.m. 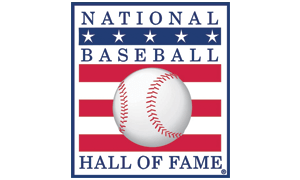 Tickets for the Friday night events, as well as all Film Festival films, are free but must be reserved in advance by calling 607-547-0397 weekdays from 9 a.m. to 5 p.m.

A beloved baseball classic is coming to the big screen in Cooperstown. And three of the courageous women from the All-American Girls Professional Baseball League who served as the inspiration for A League of Their Own are scheduled to be on hand to share their stories.

The National Baseball Hall of Fame and Museum’s annual celebration of baseball and film returns at the 14th Annual Film Festival, Sept. 20-21. A League of Their Own, the 1992 blockbuster that told the story of the AAGPBL, is the Feature Film at the Film Festival and will be shown starting at 7 p.m. on Friday, Sept. 20 in the Museum’s Grandstand Theater.

Prior to the screening at 6:30 p.m., AAGPBL alumnae Maybelle Blair, Shirley Burkovich, and Mary Moore – in Cooperstown for an AAGPBL reunion – will participate in a question-and-answer session in the Grandstand Theater.

Eleven films, with themes ranging from the career of Ernie Banks to the civil rights battles of Negro Leagues ballplayers, will be screened on Friday and Saturday as filmmakers and fans celebrate the timeless connection between baseball and the big screen. Following Friday’s Feature Film, all films will be shown in the Hall of Fame’s Bullpen Theater.

Films will be shown during six blocks throughout the weekend. A complete list of the films to be screened during the weekend includes:

Special Feature Film
Friday, Sept. 20, 7 p.m.
A League of Their Own (128 min.)
Geena Davis, Tom Hanks, Madonna and Rosie O’Donnell headline an all-star cast in this homage to the All-American Girls Professional Baseball League, which fielded women’s baseball teams throughout the Midwest from 1943-54. A fictionalized version of the league’s first season directed by Penny Marshall, the film was selected in 2012 for preservation in the United States National Film Registry by the Library of Congress.

Session 1
Saturday, Sept. 21, 9:15 a.m.
St. Louis Browns: Fans Remember (58 min.)
A Baseball Legacy — Fans Remember the St. Louis Browns is a follow up to 2018’s well-received and acclaimed presentation The St. Louis Browns – The Team that Baseball Forgot that was shown on the PBS network and chronicled the club’s history and corresponding American way of life. This sequel concentrates on the team’s fans and specifically the team’s stronger-than-ever 700 member group that keeps this team’s memories alive, the St. Louis Browns Historical Society & Fan Club. Through personal stories, fans and former players relive special tales of the Browns legacy that includes their progressive stance on baseball’s integration, signing a one-armed outfielder, their doomed rivalry with the Cardinals which includes the 1944 Streetcar World Series and the wackiness of Bill Veeck’s ownership. Even though it has been 66 seasons since the Browns last played in St. Louis, baseball’s love affair with these lovable losers remains as strong as ever.

Session 2
Saturday, Sept. 21, 10:45 a.m.
Baseball Infinity: The Longest Game in Baseball History (5 min.)
A look at the 33-inning game between the Triple-A Pawtucket Red Sox and Rochester Red Wings in 1981.

Ron Rapoport: Remembering Ernie Banks (8 min.)
Writer Ron Rapoport sheds light on the man behind the myth, Hall of Famer Ernie Banks. Ron is the author of the 2019 biography, “Let’s Play Two: The Legend of Mr. Cub, the Life of Ernie Banks.”

Perry Barber: The Lady is an Ump! (18 min.)
Meet Perry Barber: Jeopardy champion, a singer-songwriter who opened for Bruce Springsteen, Billy Joel, Hall & Oates and a pioneering umpire who’s been calling ’em as she sees ’em since 1981.

Session 3
Saturday, Sept. 21, 12:30 p.m.
Zack Hample vs. The World (90 min.)
Zack Hample isn’t a professional baseball player, but for over 25 years he’s been racking up stats as if he was one. The self-described “tenth fielder” has attended thousands of Major League Baseball games at every stadium in the big leagues and has caught some of the biggest home runs in recent memory. Zack Hample vs. The World chronicles Hample’s story as the game’s most infamous ball hawk and follows him as he pushes toward his astounding 10,000th lifetime baseball.

Session 4
Saturday, Sept. 21, 2:30 p.m.
50 Summers (93 min.)
Follow the evolution of minor league baseball over the last half century through the ups and downs of the Omaha franchise as they kick-off their historic 50th season as the affiliate of the Kansas City Royals – the longest in Triple-A baseball.

Brothers All Are We (33 min.)
In the summer of 1934, amidst the Great Depression and Jim Crow, the lives of 15 young men are profoundly changed for playing a game of baseball with their teammate and friend Ernest “Bunny” Taliaferro.

Session 6
Saturday, Sept. 21, 7 p.m.
The Silent Natural (140 min.)
He made thousands of fans cheer, but never heard one. William “Dummy” Hoy was one of the first deaf Major League Baseball players in the 1800s. He overcame many obstacles to became one of the greatest players of his time.