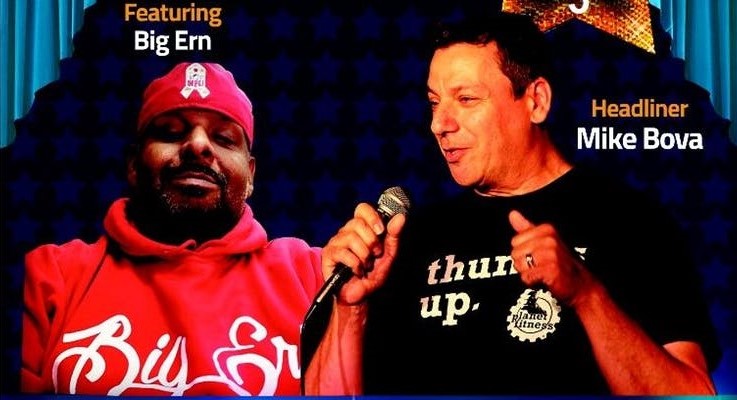 Escape from reality (for a much needed night out), and enjoy some drinks and a night Filled with laughs!

About The Big and Tall Comedy Tour:

The Big and Tall Comedy Tour is a hilarious stand-up comedy event featuring nationally touring comedy veterans Ernesto “Big Ern” Galano and Mike Bova. The tour started in January 2018, and has been going strong ever since. When the guys aren’t playing major venues across America, they’re playing American Legions and VFWs, raising money for our nation’s veterans. Big Ern brings a half hour of LOL stand-up and then Mike Bova takes the stage. Mike’s one hour set starts with a half hour of his best stand-up and then he grabs his guitar and sings hilarious parodies, including some celebrity impressions. This is one-of-a-kind show you don’t want to miss and won’t soon forget!

The show contains adult content and is recommended for ages 21+