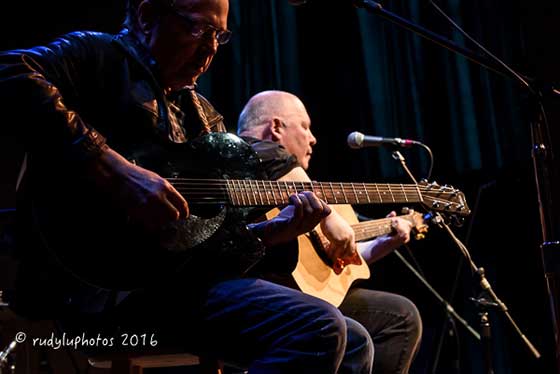 The Dolan Brothers feature the talents of Tom Dolan and Mark Emanatian who have been playing music together and performing for audiences for over 40 years. Dolan comes from a blues,rock and folk background but is equally at home with Celtic music. This award winning multi-instrumentalist has worked with Folding Sky and Tom Healey and now currently plays in Amy Collins and Shadowland and Soul Sky in addition to the Dolan Brothers. He has recently returned from his fourth trip to Ireland where he explored the many branches of Irish music. His musical partner Mark Emanatian made his name in music as a member of Ernie Williams and the Wildcats and is a well known songwriter and guitarist. Emanatian is a member of the New York State Blues Hall of Fame and has had his original songs recorded on more than 10 albums. Dolan and Emanatian have played together so long that it’s almost telepathic.