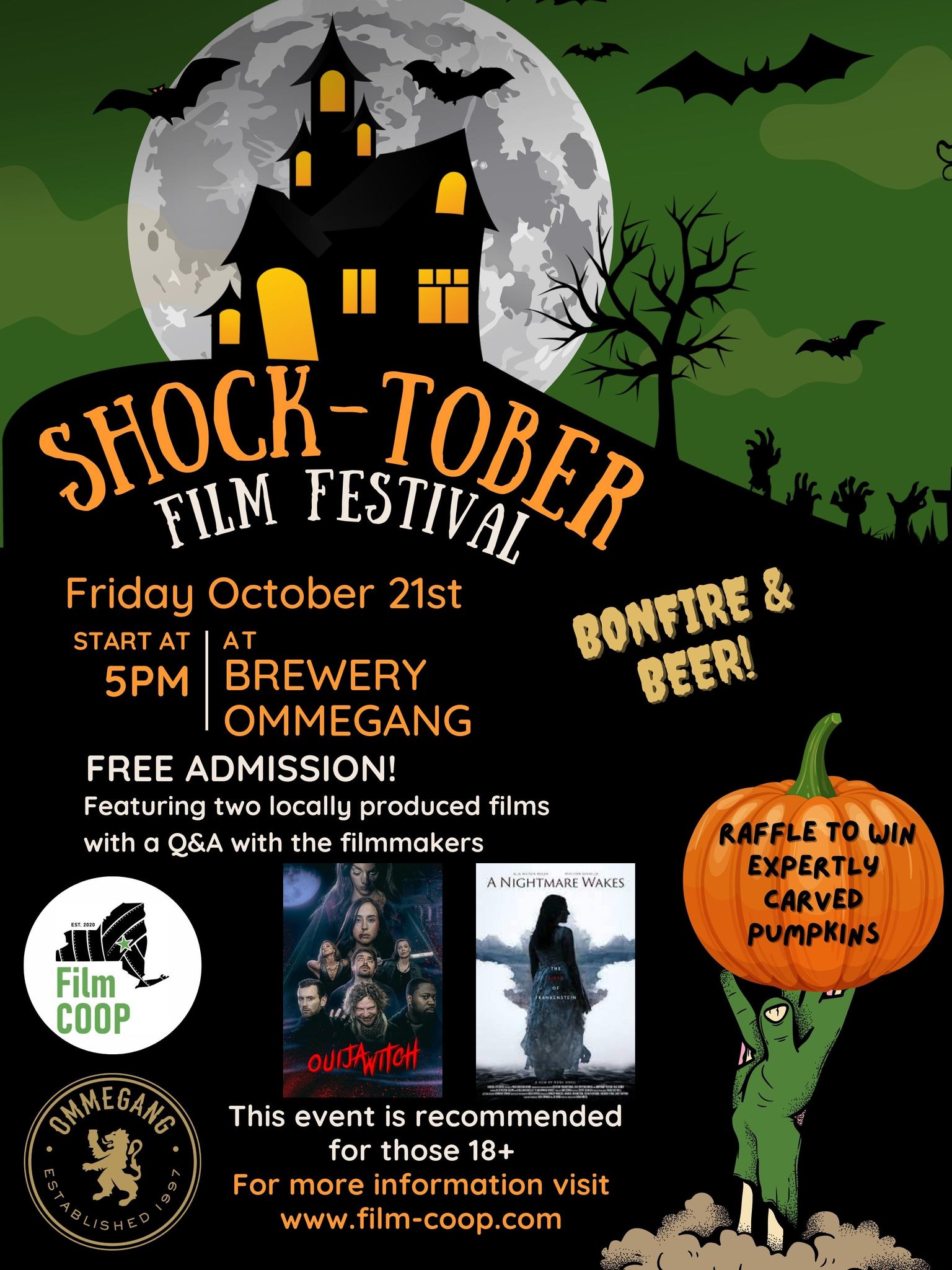 Film COOP and Brewery Ommegang are thrilled and chilled to present the first Shock-tober Film Festival, featuring two locally made horror films. FREE! Join us at 5 pm Friday, Oct. 21, (rain date 10-23), for the debut of Ouija Witch followed by the local debut of A Nightmare Wakes. Special appearances and pumpkin carving, too! See you at Ommegang on Oct. 21!