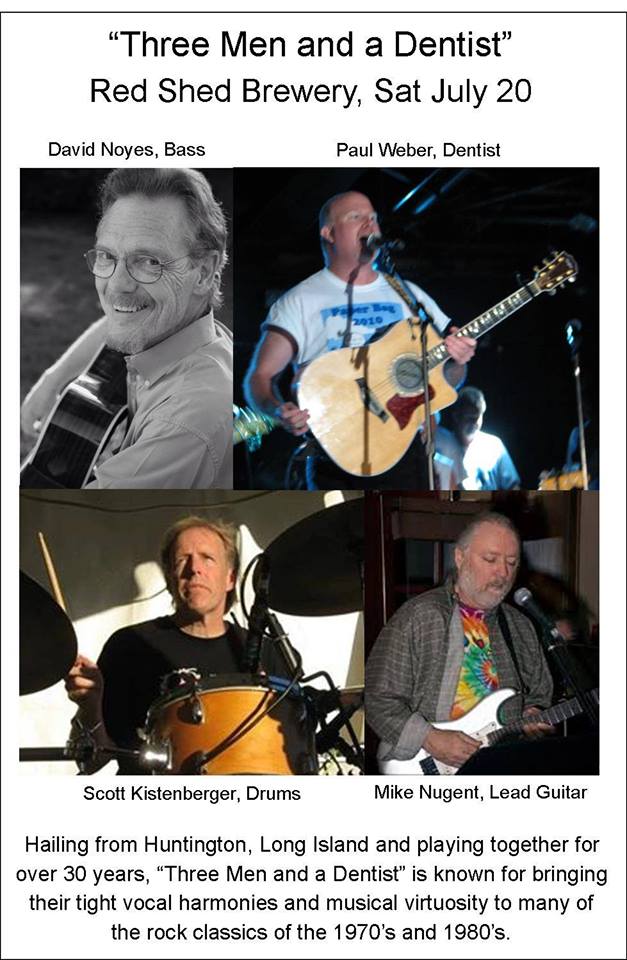 Three Men and a Dentist

Three Men and a Dentist

Three Men and a Dentist” have been playing together and entertaining their fans in Huntington, Long Island for over 30 years. The only thing closer than their tight harmonies and musical synchrony is the bond of friendship between the four musicians. If you love the music from the ‘70’s and ‘80’s, from Bruce Springsteen to The Traveling Wilbury’s, Tom Petty to Van Morrison, Neil Young to the Eagles, you will truly enjoy their performance.

The band consists of Scotty Kistenberger on drums, David Noyes on bass guitar and vocals, Mike Nugent on lead guitar and vocals, and Paul Weber on rhythm guitar and lead vocals. Each of these seasoned musicians have played in numerous bands and have recorded in the New York City area. Well, all except one – Paul Weber is actually a practicing dentist who lives, works, and plays music in the Cooperstown area!