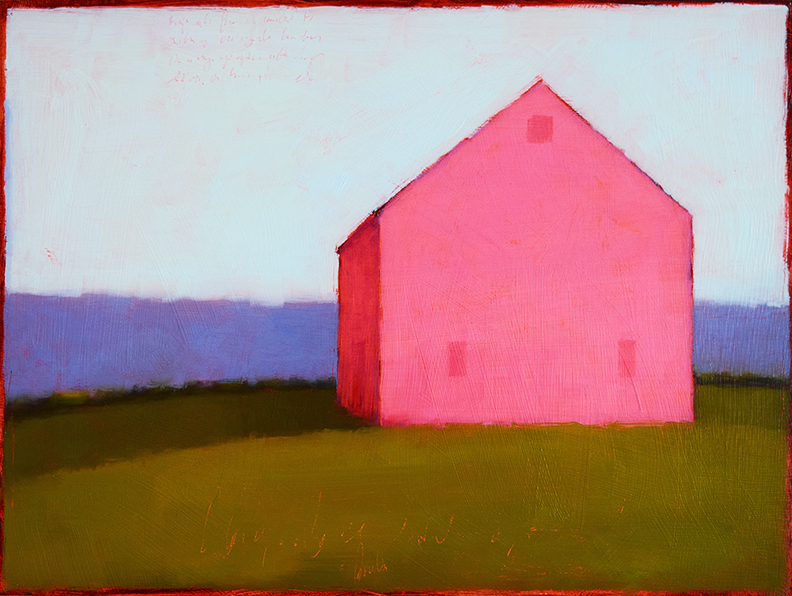 Appointments may be made anytime during these hours.
All of the day

Appointments may be made anytime during these hours.
All of the day

The Art Garage Winter Show of painted sculpture, paintings, found objects and works on paper is on view in its Main Gallery. The Winter Show includes a “Winter Wall”, that introduces a different artist every three weeks. Cooperstown’s Tracy Helgeson is the first featured artist on the Wall. Her work will be on view only through February 15. The next featured artist will be on view for three weeks starting Saturday Feb. 16. The gallery is open daily by appointment, between the hours of 10am and 5pm, weather-permitting. Simply call 607-547-5327, text 315-941-9607 or email leartgarage@gmail.com.

Winter Wall artist: TRACY HELGESON is sharing four newly painted works, never before exhibited, plus one that is a personal favorite of hers. Her luminous work was featured at Fenimore Art Museum in a 2017 solo exhibition, Between Observation and Imagination: Paintings by Tracy Helgeson. Helgeson moved Upstate in 2003, where she has been “greatly inspired by the landscape, as well as the barns, structures, roads and farm scenes that surround my home….” Her art changed dramatically. “ I never really painted anything green before,” she noted in a recent review. A recent review by art critic Katherine Rushworth in Central New York Magazine, noted: “She pares the compositions down to the very essence of shape, color and texture — down to the basics.” Rushworth noted elements of Edward Hopper, Richard Diebenkorn and Mark Rothko in Helgeson’s work. Galleries represent her work across the country, including in California, Minnesota and Massachusetts.
Born in Rochester, Minnesota, she grew up in America’s heartland, where everything was “simple and basic,” she noted. Trained as an illustrator, she has gone through several phases, including detailed illustration and portraiture. Helgeson attended the Minneapolis College of Art and Design and the Philadelphia College of Art (now University of the Arts).

Robert Ginder’s work was introduced locally at The Art Garage in 2018. Represented by the Lora Schlesinger Gallery, Santa Monica, CA, he formerly showed at OK Harris Gallery, SoHo, New York. His works are in private and public collections including the Museum of Contemporary Art, San Diego, CA and the Brooklyn Museum, Brooklyn, NY. He is better-known for his signature goldleaf backgrounds, not the mysterious works on display in the Winter Show. At The Art Garage his works present as found objects, repurposed and rearranged to become literally unreadable poems, as he strives to suggest creative inspiration behind poetry writing. “This is poetry obscured and made indecipherable for the purpose of retaining the mystery of a space for the spirit of poetry,” he noted. Through his art he “would like people to inhabit the space between the words of a Haiku, rather than the Haiku itself; to feel the potential of that space, of nothing and everything that eventually always speaks.” Work on display include an antique door pierced with dozens of keyholes/keys, from which hang words from a poem.

Alice Hudson’s highly original work is most readily seen in San Diego, CA at the Mingei International Museum. The museum owns two large-scale permanent installations, Procession and A Palace for Wednesday, and carries her popular work in their museum store. Because the museum is closed for renovations, her exquisite small figurative sculptures can now be seen locally. More than a dozen are on display, a veritable parade of distinct characters including a troll pondering a large insect and a tiny baby carriage with acorn cap wheels. Originally from Buffalo, Hudson lived in Norwich NY until her death (2013). The Museum of the City of New York owns a major piece.

More than a yard long (!), Lavern Kelley’s realistically-carved red 1966 Mack truck hauls three sections of logs. It’s Kelley’s last masterpiece, created the year of his life in 1998. Also on view: a pair of International pickup trucks, created in the early 1960s. Additionally the winter show presents a selection of Kelley’s works on paper drawn in the 1940s and early 1950s, illustrating farming activities on both sides of the paper. Kelley’s works can be found in many private collections including that of Harvey Fierstein, NYC, and in museum collections across the country: Fenimore Art Museum and The Farmers Museum in Cooperstown, the Museum of International Folk Art, Santa Fe, and the Smithsonian’s Museum of American Art in Washington, DC. Born in 1928, Kelley is a self-taught artist who was given a pocketknife at age seven, a gift that set the course for his life’s work. He grew up on a farm at Kelley’s Corners outside Oneonta, NY. A graduate of Oneonta High School, Kelley was inducted into the Oneonta High School Wall of Fame in 2017, an honor that his loyal OHS Class of 1948 vigorously championed.

Gail Peachin’s repurposed black-and-white photos are salvaged from vintage family albums she encounters in her day-job as a purveyor of antiques and collectibles in Hudson. With scissors Peachin carefully removes figures from the photographs, and replaces the negative space with colorful art patterns. The photos become striking collages. Peachin splits her time between South Worcester and Hudson. A graduate of The Art Institute of Chicago (BFA), Peachin is known to use non-traditional materials in her art. Her successful “cake” sculptures of the 1990s were created from dried flowers, foliage and found objects; she made the first prototype for the late Gallery 53’s tenth anniversary cake show, that inspired a new line of art for her in the NYC market.

Louis Sherry offers mostly life-size brightly-painted totem-like sculptures. The abstract curvilinear constructions are cut out of wood, then pieced together with screws and layered over a larger surface. The whole is painted with fantastical imagery such as two-headed, glitter-coated amoeba-like snakes. Every side has its double, painted on all sides including the interior boxes, that the artist considers to be “birdhouses”. He considers them to have a spiritual dimension. A self-taught artist, Louis Sherry, lives in a log cabin in Berkshire, NY near Ithaca. He grew up in Southampton, Long Island, where he worked on his family’s dairy farm, milking cows by hand. Later he worked in the family ‘s pasteurizing business, then established his own milk route, delivering milk for many years, including to Jackson Pollock and Lee Krasner, and other iconic 20th century artists on Long Island. He was a “fly boy” during the Korean War and headed up a bomb squad. Sherry moved upstate within the last decade where he makes his art. He reads about World War II and mostly works on his projects fulltime, “sometimes even in the middle of the night. True grit!” he explains.